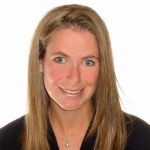 "I don't want people to buy my book."

That's a sentence I honestly don't think I've heard an author say before, ever. But Barbara Gray's vision for her second book, Secrets of the Amazon, was very different to that of most authors. It's part of what she calls high fidelity, and she argues it's the only response to today's retail economy.

"You can't compete on a functional value basis anymore. You can't compete against Amazon in terms of price, convenience, variety or choice. They will kill you on that. Whether you're retailer or whatever you're doing. So you have to move up one layer; it has to be about creating an emotional attachment with your customers."

Barbara was a guest on this show back in September 2016 talking about her first book, Ubernomics. It's fascinating to hear how her writing and self-publishing journey has evolved since then, and how she's walking her talk as a financial analyst through her books.

0 Comments
Adding comments is not available at this time.
©(c) Alison Jones